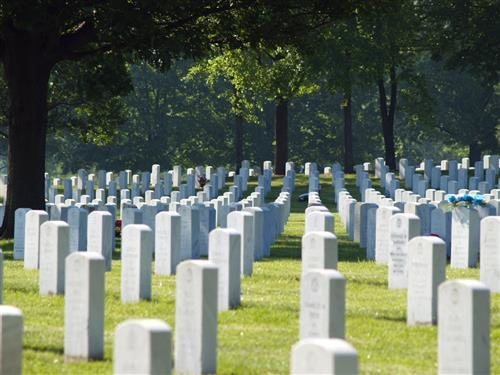 This cemetery consists of 41 historic military buildings and is believed to be haunted by a number of ghosts. Built in 1900, Building 1 is said to be haunted by an older Confederate Civil War general who has been spotted at the post commander's office, as well as a man's shadowy ghost who sits at a desk on the second floor. In Building 25, lights are known to come on by themselves and in Building 29, witnesses have reported footsteps, flushing toilets and a voice yelling "Dismissed!" Building 37 is haunted by a hazy apparition and at the Powder Magazine, a ghost sentry has been known to appear.